I've moved over to WordPress. All the posts have migrated with me to http://honourablementions.wordpress.com/.
Posted by Honourable Mentions at 6:40 AM No comments:

One Heck of an Early Christmas Present!

Four years ago I sat in a packed lecture theatre with my new friends, discussing where we would like our psychology degrees to take us. At the time I spoke of wanting to be a lecturer, but by the end of the first year I had my heart set on pursuing a Clinical Ph.D so that I could be involved in both academia and practice. I sought out the advice of a faculty member at the time to work out how I might achieve this goal, and found placements, volunteering opportunities and work that gave me a new perspective about the profession. These experiences culminated in my decision to apply for various postgraduate psychology programs with the ultimate goal of gaining entry into the Clinical PhD program at my university.

I was due to find out whether I would receive an interview or interviews for these programs shortly after the release of the Honours results. A couple of days after they were released I noticed a missed call on my mobile. I didn't make the connection between it and my applications until I recognised the voice of the  administrative assistant from my uni from the voice mail message. I froze, and a few seconds later screamed (in hindsight it was probably a good thing I found out via voice mail), I had been granted an interview! My poor parents who had heard my scream came to see what was wrong and instead of finding me hurt as they had imagined, found me jumping up and down in excitement. A few days later I learned I had also been successful in securing an interview at another university.

In the intervening days I finally managed to settle on something to wear (no mean feat), visited the careers centre for some advice and did a lot of thinking about why I wanted the Clinical PhD. Sitting outside the interview room at my university on the big day and listening to the hubbub upstairs (I think the faculty was having a Christmas party) I was more excited than nervous. I had actually made it to the interview, the goal I had set four years ago. I was interviewed by a panel of five psychologists/lecturers. I wasn't sure how I had fared but I had gotten a few encouraging smiles and I had managed to answer all their questions. I was surprised when the interview ended, it had all happened so fast, and I was told I would find out the outcome in the next week. I wished the next student waiting outside good luck and headed out to play the grand piano I had discovered the day before in one of the neighbouring buildings.

A few hours later, back at home, my mobile rang. I ran to where I had left it and again was greeted by the same person as before. My first thought was that my university wanted more information, or that there was something I had forgotten to do. When I was instead told that I was being offered a Clinical PhD, I was flabbergasted. My first question was "who do I say yes to?!" While this conversation was going on my poor Mum was trying to decipher my facial expressions. When I mimed the news to her she shrieked and I had to shoo her away so I could hear the rest of the conversation!

I cannot neatly describe how I was feeling in the immediate aftermath of that phone call but it was a mixture of amazement, excitement and being overwhelmed. I had gotten exactly what I wanted, a Clinical PhD at my uni. I could pursue research and practice, I would get to work with my Honours supervisor researching something in the area of autism again. I knew what I would be doing for the next four years and it was everything I had hoped for. The next day I learned I had also been granted a scholarship. What more could you ask for?!

I'm still acclimatising to the magnitude of it all and getting used to knowing the outcome of my applications rather than waiting for news. The best analogy I can give you for how I currently feel draws upon Willy Wonka and the Chocolate Factory (the 70s version with Gene Wilder), I feel like Charlie Bucket when he learns that he's just inherited the chocolate factory.


"Do you know what happened to the boy who got everything they ever dreamed of Charlie? He lived happily ever after."

It has been wonderful sharing my news, though it seems I am the only one surprised by it! While everyone else seemed to have been confident that I would get into a program, I hadn't let myself think that far ahead. I just had faith that I would get to where I wanted to go, but that the means and time frame for getting there were anyone's guess!

Now I can really enjoy my holidays. What a fantastic early Christmas present! 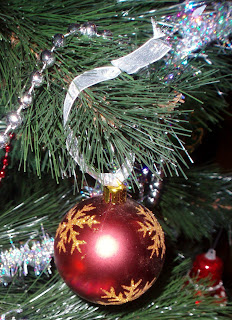 Posted by Honourable Mentions at 5:57 AM No comments:

Results Day Through the Eyes of a Psychology Honours Student

The Psych Honours bush telegraph was working overtime the night before the results were released. Some of us, myself included, were not entirely certain whether the results were being released the next day. Thanks to an appeal on Facebook to anyone with reliable information it was confirmed. My countdown of the days to go had dwindled to the mere hours remaining.

I was, and am, proud of all that I have learned at uni this year but I was still unsure as to what my final grade would be. I chose to go into uni to find out. I did have the option of ringing up but I wanted to get my results in person; the prospect of listening to the engaged tone or Mazurka on repeat was not inviting. More importantly, it just wouldn't have felt right to be told over the phone. After a session on the piano to relax I began my drive to uni. Even though I had left late on purpose, to my dismay I still managed to arrive at uni half an hour before the results were due to be released! That was a first, being disgruntled by a 'dream run' into uni.

When I made my way to the psychology department the corridors were eerily quiet. I began to wonder if I had gotten the day and time mixed up after all. I spied some signs of life further up the corridor and stopped to talk to a fellow Honours student and a faculty member. The student had just received their results, and the faculty member knew mine, but I didn't!! The student very kindly waited outside the co-ordinator's office for me for moral support as I knocked on the door and walked in. I was praying for an 85 (a first), or a high second class honours to give me a fighting chance of getting an interview for a postgraduate program but I was not prepared for what I was about to hear. My overall grade and my mark for my thesis were both 91. I remember repeatedly saying 'wow!' I think I was in shock, I was even trembling slightly. As I walked back down the corridor to chat with the student and some faculty members, it began to sink in, I had gotten a first, a first higher than what I could have imagined in my wildest daydreams. I was ridiculously happy.

Having shared my good news with my supervisor, who of course already knew, I visited a couple of  people on campus who wanted to know how I had fared and then began the drive home, smiling all the way. I tried, but mostly failed, to adopt a neutral expression as I walked in the front door to tell my parents the news. I didn't leave them waiting very long. They were ecstatic and very proud. Not long after I arrived home, a text message arrived from my friend. Sadly, we hadn't been able to find out our results together, but to my delight I discovered that she had done brilliantly.

The texts flew back and forth to family overseas that night and to the people closer to home who had followed my journey this year. I went out to dinner with my family to celebrate. Finding out my year 12 results was a great experience, but learning of my Honours' result was something else entirely.


91 is now my favourite number.


Posted by Honourable Mentions at 1:27 AM No comments: